After qualifying in 1983 Jeff spent the following 2 years working in USA working on a variety of horses uncommon in UK including sadddlebreds, morgans and reiners.

Upon returning to the UK he set up practice in South East England. In 1986 he launched “SHOE” a computerised bookkeeping program for farriers which, in his own words, the farriery industry was not ready for.

He became a training farrier in 1987 and started training 2 apprentices. In 1989 he purchased a saddlery shop which he ran with his wife alongside a farrier supply business for the following five years.

Always keen on running efficient business he turned his attention to extending the life of farrier’s rasps and in 2005 he launched an etching fluid “EasySharp” that sharpened rasps. He then turned his attention to the growing acceptance and use of adhesives within the farriery industry and started research and development into an easy to apply glue-on horseshoe.

The result of this was “Glushu” which is now available worldwide. In 2015 he started Pro-Glu Lt, an adhesive company that not only manufactures adhesives for the farriery industry but is the leading provider of adhesive training for farriers.

Jeff’s hobbies include judo(1stDan) and Mediterranean sailing where he operates “Farriers Charters” which combine sailing holidays with onboard CPD lectures. 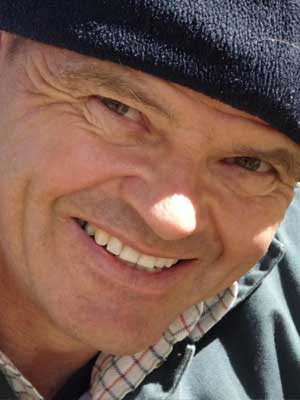